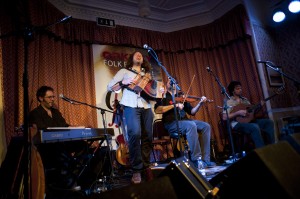 Yes and no. Our Festival Club is essentially a smaller capacity concert, which runs between 10.30pm and 1am. Please note that it is a fully seated concert, and that there is no standing space.

We also run a Song Club, where the first half of the event is run as a concert, and then the stage is opened to floor singers after the interval – much like a folk club.

If you’re looking for something a bit livelier, then the Academy Club is the place to be, where the seats are pushed back and the emphasis is very much on jumping around to the music. In contrast to the Festival Club, please note that there is very little, if any, seating at these events. 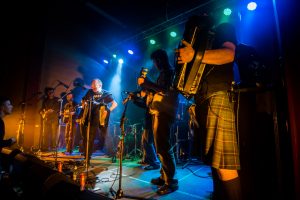 Ceilidhs also run to 1am, with the concert section running from 7.30pm to around 10pm, and the dance afterwards.

Due to local licensing laws all festival events finish at 1am. Anything after this is operated under a residents license for those staying in the Stromness Hotel, and so is private, and entirely at the discretion of the hotel’s management.