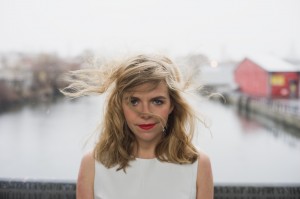 Last seen in Orkney heading up one of the world’s most celebrated bluegrass groups, Crooked Still, Aoife O’Donovan returns to the festival as an acclaimed solo artist, presenting material from her 2013 debut album, Fossils.

Having spent 12 years in the making, forming in her creative subconscious, Aoife’s first solo offering is very much full of purpose, carefully crafted across her glittering career; the natural evolution of an accomplished singer and songwriter.

Aoife’s musical roots stretch back not only to her time at the New England Conservatory, where she met her Crooked Still band mates, but also the folk traditions in which she was raised. During a decade spent touring with Crooked Still, the stunning versatility and appeal of her voice brought her to the attention of some of the most eminent names in music, and led to collaborations across a wide variety of genres with everyone from Alison Krauss to Dave Douglas, along with a role as vocalist on the Grammy-winning Goat Rodeo Sessions alongside Chris Thile, Yo-Yo Ma, Edgar Meyer and Stuart Duncan.

Her success shines through both Fossils’ sublime vocals and its all-original songwriting, shading from folk and bluegrass territory towards edgier indie realms.