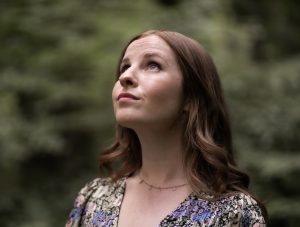 Beth Malcolm is a singer-songwriter and keyboard player from Perth, whose folk-inspired music is a mix of traditional, modern and self-penned Scots songs.

While Beth has been screchin’ out Ally Bally Bee since she was old enough to stand on stage, performing at the Orkney Folk Festival in 2019 and winning a prestigious Danny Kyle Award at Celtic Connections 2020 stand out as pivotal moments in her career. Following her performance at the virtual Celtic Connections in 2021, Beth toured Germany as part of a Young Trad ensemble, and has recently collaborated with Adam Holmes, Lewis McLaughlin and Gaelic-tronica sensation Niteworks, with their hit track, John Riley.

Now 25, and with two nominations for MG ALBA Scots Singer of the Year under her belt, Beth releases her debut album, Kissed and Cried, in Spring 2023.

Beth has joined up with outstanding guitar player and singer Heather Cartwright, to form the Beth Malcolm Duo. Carlisle-born Cartwright’s sensitive playing, and the pair's tight harmonies form a winning combination. Together, they deliver traditional songs with fresh eyes, and songwriting exploring themes of female friendship, growth and quarter-life crises.