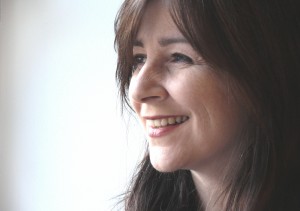 Christina Stewart is a singer of great sensitivity who communicates the depth and beauty of Scotland's song traditions, whether in Scottish Gaelic, Scots dialect or English. Her evocative style is suffused with an authenticity which comes from her roots in Inverness, where the Gaelic and Scots traditions of Scotland meet. She is accompanied in Orkney by guitarist Martin MacDonald and long-time singing partner, Christine McClenaghan.

Over the last 20 years, Christina has developed a reputation as not just a captivating singer and tutor, but as an exponent of song within the wider oral and folk tradition of Scotland, with a commitment to appreciating songs within their cultural contexts. She has a long-standing involvement with the fèis movement in Scotland and currently teaches at festivals, for community projects, in schools and playgrounds.

Having sung at ceilidhs, concerts and in competitions from an early age, Christina pursued her interest, studying traditional song amongst many facets of Scotland's cultural heritage, as part of her Honours degree at Edinburgh University and the School of Scottish Studies. Motherhood then inspired Christina to begin a crusade for traditional lullabies, resulting in the “Kist o’ Dreams” and “Learning with Lullabies” projects and two solo albums.

"Picture, if you will, warm, sweet, organic honey drizzling slowly from a honey wand... Stewart's voice is the aural equivalent." - Dirty Linen magazine