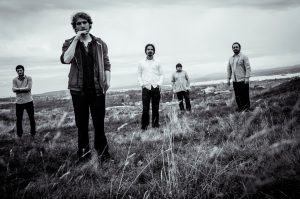 Recently nominated for a Scots Trad Music Award (Scotland’s folk ‘Oscars), the band met each other through Edinburgh’s session scene, and, in less two years together, have already played some of the largest, most sought-after stages going, including Milwaukee Irish Festival, Copenhagen Irish Festival, and Celtic Connections.

Individually, members have toured extensively with groups as diverse as Kalman Balogh's Gypsy Cimbalom Band, Larsa, Fianna, Samling and Tcha Limberger, leading to an impressive trophy cabinet between them. In their midst are an All Britain Banjo Champion, a Hungarian Traditional Musician of the Year, and finalists of the BBC Radio Scotland Young Traditional Musician of the Year.

With so many varying roots, Dallahan is a breathtaking musical journey, delivered by award winning musicians who revel in finding, or creating, their common musical ground.


"You will enjoy Dallahan...a tight frontline that celebrates the shape of a melody...much attention to detail and imagination."
Rob Adams, The Herald

"They've got a really strong sound and they are making a lot of really good waves...they are absolutely terrific. Wonderfully full sound and great vocals...absolutely cracking album."
Mike Harding