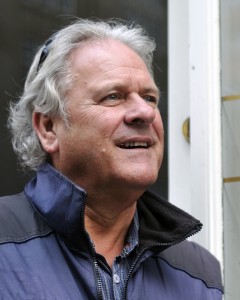 A Cornishman who has lived on Dartmoor in Devon for the last 38 years, Geoff Lakeman is a stalwart of the West Country folk scene, and a leading exponent of the rare Crane Duet concertina.

With an evident and infectious love and knowledge of his native folk traditions, Geoff's self-written songs sit comfortably alongside centuries-old titles not only from the West Country, but also the English, Irish and Scottish idioms.

And you wouldn't be the first to ask... yes, he is the father of a virtual folk dynasty. Geoff's three sons - Seth, Sean and Sam - are all internationally renowned performers, having started out on their musical paths as children in a family band alongside Geoff and their violinist mother, Joy.