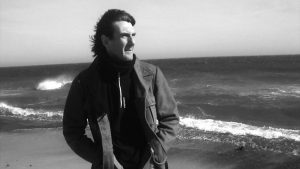 One of Orkney’s most renowned musical sons, singer-songwriter Ivan Drever is returning to the Orkney Folk Festival to celebrate his sixtieth birthday.

With a career spanning over four decades, Ivan has released some 15 solo albums, and is famed not only for his solo work, but duo partnerships with Duncan Chilsholm, and Ian Cooper (known collectively as The Knowe O’Deil), amongst others, as well as eight years fronting Celtic rock band Wolfstone, in the 1990s.

Originally from Sanday, one of Orkney’s north isles, Ivan is now resident in Norway, and regularly tours Scandinavia, the USA and the UK. His most recent album, 2015’s Revisited – The Wolfstone Songs, features re-workings of material from his career with the legendary group, pared back to just Ivan and his guitar.

Ivan’s songs and tunes are renowned the world over, with one of his collaborative works, Heart & Soul, co-written with Duncan Chisholm, featuring in the Robin Williams film Good Will Hunting. He also penned one of Orkney’s best known folk songs, Orkney Anthem (with the chorus; “Isles ne’er forgotten…”).

With a milestone celebration afoot, there might just be one or two birthday treats on the cards...