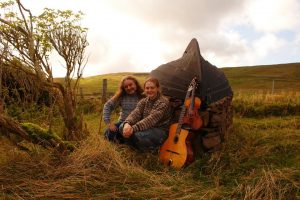 No strangers to Orkney, Maggie and Brian won the festival's Open Stage competition in 2007, when Maggie was just 15. In the near decade that they have now performed together, they have recorded five albums - most recently Here 'N Now, released in November 2015 - and have toured as far afield as Australia, the United States and Norway, as well as to many of Scotland's leading folk festivals.