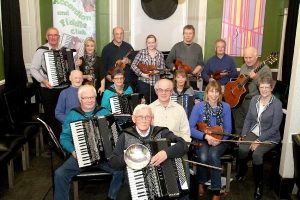 A mainstay of Orkney’s traditional music scene, the Orkney Accordion and Fiddle Club has been meeting and playing together regularly since the late 1970s. Formed by members including Alfie Eunson and David Linklater, the group welcomes accordionists and fiddlers to play traditional music in a friendly, social atmosphere.

As well as hosting weekly tunes, throughout the summer season the club hosts hugely popular monthly guest nights - and in 2015 were named the MG Alba Scots Trad Music Awards’ Club of the Year.