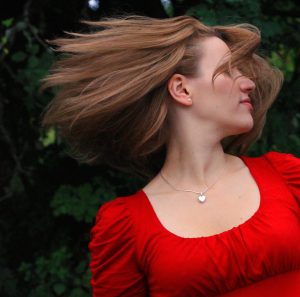 A traditional musician and dancer from Fort Augustus, Sophie specialises in a close to the floor style of percussive step dance, and, as a skilled and passionate exponent of the tradition, is in high demand as a performer and teacher across Scotland and internationally.

Her passion for the traditional arts is routed in her Highland upbringing, and participation in cèilidh dances, music sessions and local fèisean from a young age. Sophie achieved a degree in Scottish Literature & Ethnology from the University of Edinburgh, before moving to Uist in the Outer Hebrides to immerse herself in Gaelic language and culture whilst studying traditional music at Colaiste Bheinn na Faoghla.

In 2013 she was awarded the Lisa Ullmann Dance Scholarship and traveled to Prince Edward Island and Nova Scotia to explore Cape Breton and Acadian dance traditions within their community context, whilst in 2016 she was the Gaelic artist in residence for Donostia - San Sebastián European Capital of Culture, and created a dance film featuring Gaelic mouth music along with Basque rap, which has been showcased internationally as part of the Tosta celebrations of minority language culture.

Sophie has collaborated on a wide variety of creative projects within music, theatre, film and education, and has performed with artists including Carlos Nuñez, Donald Shaw, Xabi Aburruzaga, Anxo Lorenzo, The East Pointers, Capercaillie, Dàimh, Còig, Oreka TX, and Huradal. She has also developed ‘TradBeats’ - a project which brings together the core elements of voice and movement through rhythm with puirt-à-beul, beatboxing, step dance and body percussion.

She will be joined in Orkney by Jamie MacDonald from Tiree, on fiddle, and Austrian piper, Christian Gamauf.