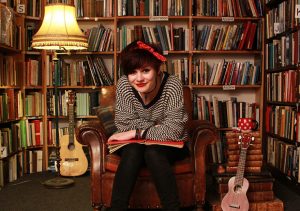 Drawing comparisons with KT Tunstall and Ed Sheeran, award winning nu-folk singer-songwriter and ukulele fanatic, Zoë Bestel is fast making a name for herself on the Scottish music scene.

With her first single, 35 Missed Calls - released in 2012, when she was just 14 – reaching number three in Amazon’s folk chart, and her debut record awarded Album of the Week by the Scottish Daily Record, she is winning admiration both from national press and the wider folk scene, having been invited to support such artists as The Peatbog Faeries, Emily Smith, Paul Brady, and Bella Hardy.