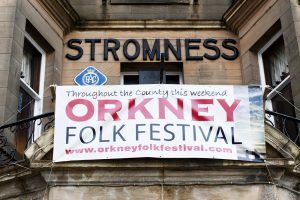 With the festival beginning tonight (Thursday) we are once again toasting a record-breaking year!

Sales for the festival’s 34th outing have already surpassed the event’s previous highest figure, set just twelve months ago, with over 6,600 tickets sold in advance of this weekend’s festivities.

This figure marks the second year of substantial audience growth, with 2015 being the first in which the festival exceeded 6,000 tickets.

Of the 35 events on offer, between tonight and Sunday, 22 have already sold out – again, the highest number of advance sell outs ever, across the event’s 34 year history.

The festival board – headed up by artistic director, Bob Gibbon, and chairperson, Elaine Grieve – attribute these sales to a combination of the visiting line-up of artists, as well as the ever-increasing national standing that the festival holds, boosted substantially by nationwide coverage and profiling on BBC Radio2’s The Folk Show in May 2014 – whose production team, and presenter, Mark Radcliffe, visited two years ago.

They will welcomed – and outnumbered two to one – by Orkney’s thriving local folk scene, which includes nationwide festival showstoppers, The Chair; the internationally renowned fiddle and guitar pairing of Jennifer and Hazel Wrigley; Celtic Connections award winners, Gnoss; stalwarts and festival favourites, Hullion; and the MG Alba Scots Trad Music Awards Club of the Year, the Orkney Accordion and Fiddle Club, who will perform at tonight’s opening concert, in the Stromness Town Hall.

In all, some 55 acts will grace one of the festivals many stages over the coming weekend, welcomed by an entirely voluntary workforce and management team.

Standout events include Orkney’s first ‘military tattoo-style’ event, The Northern Isles Festival Tattoo – featuring over 200 performers from Orkney and Shetland, just days before the county host the national commemorations on the hundredth anniversary of the Battle of Jutland – as well as renowned Orcadian singer-songwriter, Ivan Drever’s sixtieth birthday celebrations, where he will be joined by a hand-picked band of musical friends and special guests..

Tonight’s first handful of gigs will take place in Stromness, Stenness, St Margaret’s Hope, and Westray. Over the next four days, two thirds of all events will take place in the festival’s home town of Stromness, with others rotating amongst other parishes and islands within Orkney. On Friday, the festival will visit Sandwick, Harray, Orphir, Sanday and Shapinsay, followed by Deerness, Birsay, Kirkwall and Finstown on Saturday, and Quoyloo and Kirkwall on Sunday afternoon.

Artistic director, Bob Gibbon said: “Everything’s now more or less in place for another very exciting weekend. Bands have started arriving in Stromness, and some of our international visitors have already been out to entertain school bairns. The festival really is a community affair, stretching out to many corners of the isles, and with leading worldwide names alongside mainstay community projects integral to the continuation of Orkney’s own traditional music.

“It’s also true to say that the festival has its own, ever growing and warmly welcoming, community with audiences coming back year after year. Yet again we have been blown away with not just how many tickets have sold, but that it’s been another substantial increase on last year. It’s definitely going to be a busy one – we can’t wait.”

Chairperson of the Orkney Folk Festival board, Elaine Grieve added: “We seem to say this every year, but we really cannot take in just how well tickets have sold this year – yet again! When the entire festival workforce is voluntary, such continued and consistently growing support is hugely rewarding.

“I daresay that nobody working on the festival would do so were it not for the joy and truly unique atmosphere that it brings to Stromness and the isles – and as much as the team can plan what looks like a cracking weekend, on paper, it all comes down to the audience and folk turning out in their droves. Our crowds really do make the festival special. Whether it’s for their 34th or first time, we can’t wait to welcome everyone.” 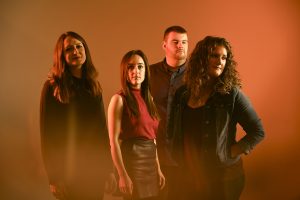 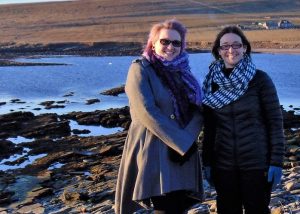