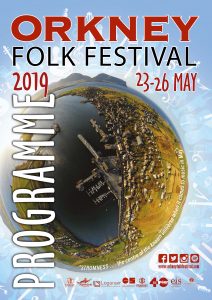 The 37th festival programme comprises 36 concerts over four days, featuring some 52 artists from as far as Cuba and Cape Breton Island, as well as a very healthy contingent from Orkney’s own thriving folk scene. Old favourites are back, and newcomers – from home and away – make their debut appearances. It’s another bumper programme, and slightly reformatted to a more comprehensive festival guide: take a look!

We’ve a couple of major changes in 2019. The Festival Club is moving to a new, bigger, and largely custom-built home in the Stromness Community Centre (though not as you’ve ever seen it before…). Alongside, we now have three Farewell Concerts – hopefully satisfying demand for Sunday night tickets a wee bit better.

Dive in – have a look – it’s all here. Tickets go on advance sale to Festival Patrons on Saturday 13 April, and on general release a week later on Saturday 20 April.

Patronage can be bought up to April 6 – giving discounts on travel to Orkney with NorthLink Ferries, and festival merchandise, as well as early access to tickets. 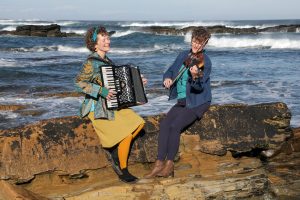