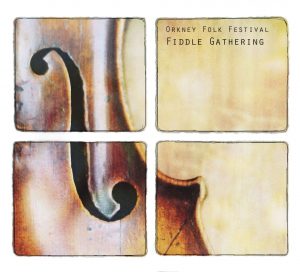 Recorded live in at the 2015 festival, the record features some 20 musicians under the direction of Douglas Montgomery, brought together to celebrate the isles’ rich fiddle tradition, in one memorable performance in the Stromness Town Hall.

Renowned Orcadian tradition-bearers, such as Tommy Mainland and Billy Jolly, are joined by some of the isles’ most successful musical exports, including Sarah MacFadyen and Fara (Jen Austin, Louise Bichan, Kristan Harvey, Jeana Leslie and Catriona Price), as well as students Aidan Moodie and Graham Rorie, representing the newest generation of players.

The second CD in the festival’s Gathering series – following Orkney Folk Festival: The Gathering – The Fiddle Gathering was the fifth incarnation of the ongoing project. Established in 2011, it’s an ever-evolving initiative which aims to bring together generations of Orcadian performers in a celebration of the islands’ musical heritage, and has toured to ovations at Celtic Connections, the Scots Fiddle Festival and the Shetland Folk Festival. Proceeds from album sales and live events go towards bringing Orkney’s music to wider audiences, for many years to come, through the support of future Gathering events.

The fiddle has been at the heart of Orkney’s traditional music for centuries – so much so, that it has even been suggested that it was Orcadians working in the Hudson’s Bay fur trade who introduced the instrument to Canada. It’s fitting then that this second live album is dedicated to the fiddle and its music. 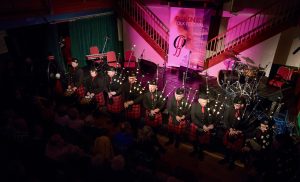 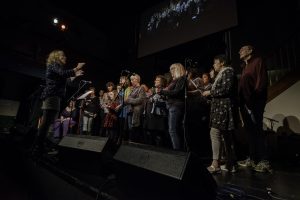