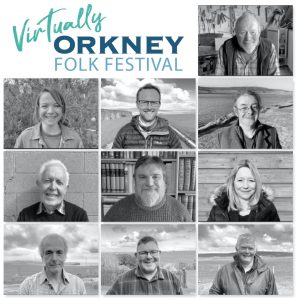 As part of next weekend’s Virtually Orkney Folk Festival, Kristan Harvey and Jeana Leslie from Fara have been out and about in the isles, getting to know some of the people behind Orkney’s rich folk scene.

Following their hugely successful Orkney Series in 2020, where Jeana and Kristan travelled around the county uncovering the stories behind weel kent tunes (originally planned for for just two episodes, but finishing up with 19!) – they are back within another series as part of the festival, this time putting the focus upon just some of our well known musicians and storytellers.

As Kristan explains: “As part of the Virtually Orkney Folk Festival, we were asked if we would do something quite similar to the Orkney Series, but this time on the people in Orkney who are really the stalwarts of the local music scene; some who would be seen very frequently around the festival, and others who are a bit more behind the scenes and doing their own thing in various different guises.

“We had the great privilege of going around Orkney speaking to 10 people, talking to them about their music, influences and what they get up to. We realised it’s not the most natural thing for folk, us two rocking up and saying “right play us a tune, and we’ll record it”, but everyone did such a fantastic job – and its just brilliant to hear the range of tunes, players and styles. We just sat back and listened – we just loved it, and hope everyone watching will as well.”

Jeana and Kristan’s ten episodes of Orkney’s Folky Folk will feature throughout the Virtually Orkney Folk Festival programme, streaming May 27-30. The full festival programme is now available at orkneyfolkfestival.com 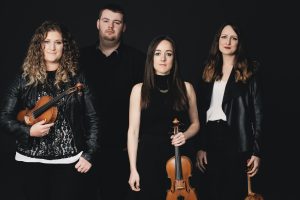 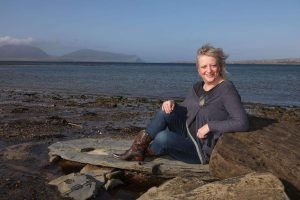