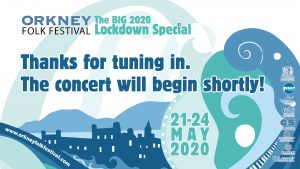 Hope everyone’s getting on as well as can be, in these crazy times.

As you’ll no doubt be aware, this weekend would have been our 38th festival. Obviously that’s not to be this year, and needless to say we can’t wait to be back up and running once this is all over.

In the meantime, we couldn’t let the weekend pass without marking it somehow – so we’ve been raking through the hard drives to pull together a few concerts that we are very excited to be able to stream on Facebook and YouTube over the next few days!

Its not what we had planned for this time of year, but – wherever you are in the world – we would love it if you could join us from your sofas for a peedie virtual festival at home.

THURSDAY 21 MAY
8.00pm – Recent Highlights
A compilation of compilations to warm up for the weekend. A few recent highlight packages, distilling the four day festival into one four or five minute snapshot; both as a reminder, and to tempt future visitors. Here we look back at the 2013, 2014, 2017 and 2019 festivals.

FRIDAY 22 MAY
8.00pm – The Northern Isles Festival Tattoo
In 2016, Orkney played host to a series of national events commemorating the one hundredth anniversary of the Battle of Jutland. Just a few days prior, the Orkney Folk Festival hosted a first of a kind Military Tattoo style event, celebrating Orkney and Shetland’s maritime history with choreographed, mass performances of fiddles, pipes, drums, song and community spirit in Kirkwall’s Pickaquoy Centre arena. Here we relive that spine-tingling night in full.

8.00pm – The Orkney Gathering: Generations
A cornerstone of the Orkney Folk Festival programme since 2011, The Gathering is a main-stage celebration of Orkney’s own traditional music and song – both historically and looking to the future. Over the years, the pioneering project has brought together many Orcadian musicians, throughout the generations, to showcase our islands’ rich musical traditions, heritage and legacy. In 2018, the baton was passed to young Orcadian musicians Graham Rorie and Aidan Moodie, and their group Gnoss, to curate the concert’s programme – which was later reprised at Glasgow’s Celtic Connections festival in January 2019. Here we visit the city’s legendary Old Fruitmarket, for an unmistakably all-out Orcadian Saturday night in the big smoke.

SUNDAY 24 MAY
3.00pm – Fiddlers’ Rally
No Sunday afternoon at the folk festival would be complete without the annual Fiddlers’ Rally, and 2020 will be no exception. Archive footage of the 1994 Rally, from the Stromness Town Hall, featuring guests The Foundry Bar Band plus a few extra surprises.

6.30pm – Farewell Concert
Closing the weekend in true festival style, join us for an extra special, bumper compilation of sets from a number of visiting artists. 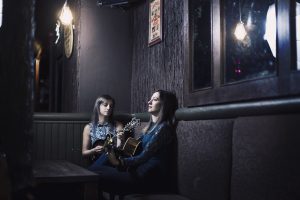 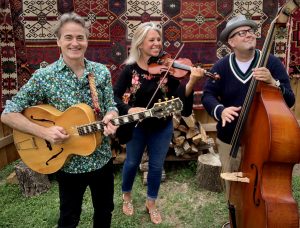